Note: This post is an excerpt from Chuck's upcoming book on Coaching The Body®.

Many people have become aware of CTB via our therapeutic vibration/percussion tool, the Muscle Liberator™. It gets peoples’ attention to see someone get treated with what looks like a power drill. While I’m very excited about the results we get with the use of the tool within the CTB system, there is a lot of misunderstanding regarding the use of vibration/percussion tools in general.

People tend to have a variety of uninformed but strong reactions to my Muscle Liberator™ videos: some say that there is no substitute for the hands and human touch when doing massage, you can’t feel what’s happening with the tissues, it looks fantastic and I want to use it on my shoulder where it hurts, it looks incredibly painful, it’s a gimmick and on and on. On the other side of the coin, “massage guns” have now become a very popular eCommerce item, and there are vendors and articles that tout running their tools all over the body for muscle soreness. Therapists that are using this sort of tool tend to think of it as pounding adhesions and scar tissue out of existence. They use large heads and a lot of force.

In truth, none of these ideas have much to do with my use of therapeutic vibration. In this series of articles I would like to explain in more precise terms why the Muscle Liberator™ was designed and how it has become a core part of my practice.

Percussion showed up in the original Lower Extremities volume of the Travell & Simons Trigger Point Manual.  The technique, called Percussion and Stretch, involved bringing a muscle to its stretch barrier and using a rubber mallet to repeatedly strike the trigger point in the same place. Dr. Travell particularly liked using it in the quadratus lumborum. She stated that “This apparently simple technique can be remarkably effective”.

It was never fully explored by Travell, and was more of a trick that she was intrigued by, but ultimately she had more important things to focus on.

Percussion also appears in the traditional Thai repertoire and other Asian modalities. Muscles are routinely percussed under stretch with a loose fist, side of the hand, or other techniques.

The Physiology of Percussion

When a muscle fiber is placed under stretch and tapped with a soft mallet or hand, there is a momentary micro-stretch that happens in those fibers as they bend and release, not unlike what happens when a guitar string is plucked. Following the distortion of the fibers, they show a spike of engagement, and it has long been speculated that this is due to a reflex response from the muscle spindles sending a signal to the spinal cord, which then causes a reflex activation of the muscle.

A recent study has shown that when a muscle is percussed, there is a measurable engagement that is confined to the specific muscle fibers that are tapped, and the intensity radiates out from the site of the tap - which demonstrates that the muscle’s firing is not due to a reflex response from the spindles, but originates within the fibers themselves. This is important. When the doctor taps your knee and your leg moves, it’s due to a neurological reflex response to the tendon suddenly being stretched. Reflexes involve sending a signal upstream to the spinal cord, being processed by the CNS and a motor signal being sent back to the muscle, so there is a built-in transmission delay. The sort of engagement observed by Botter is quite different. There is no roundtrip to the spinal cord, but rather a virtually immediate contractile response that originates exactly where the muscle fiber was struck, triggered by the sudden stretch of the sarcomeres. An important finding in this study is that the contraction is confined to the particular fiber bundle that was struck, as opposed to a reflex - which fires the entire muscle. These observations informed our design of relatively narrow silicone heads for our percussion tools. Off the shelf tools tend to come with a bizarre variety of hard plastic tools that tend to be very broad, and one can only hope that people don’t run them over bony surfaces. We use narrow, elastic tips because we aren’t ironing out entire muscles, we’re targeting specific fiber bundles that have taut fibers.

Botter’s study is very relevant to trigger point therapy, although it wasn’t done with that in mind. In trigger point therapy, we make use of a phenomenon known as the local twitch response, or LTR. When snapping palpation or needling is used on fibers containing trigger points, the fibers will show this same spike of engagement. The twitch response is considered a confirmative finding for trigger points, and based on the results of the Botter study, it appears to be a greatly amplified version of something that happens in normal muscle tissue as well. This would indicate that the nociceptive chemical milieu of the trigger point adds fuel to the mechanism of firing the fiber after it has been suddenly distorted.

Interestingly, there is another traditional Thai technique, called jap sen, that involves strong snapping palpation with the thumbs. The jumping engagement of the muscle fibers is sought after, and considered a therapeutic result. In trigger point therapy as well, repeated production of twitch responses in fibers is known to soften the taut fibers. We exploit this characteristic in how we use the percussion tool. We designed the Muscle Liberator heads with a fine tip to localize the percussion to specific fibers. The heads are cast from silicone with varying degrees of firmness, all to some extent forgiving and elastic. The tool has a variable speed trigger, allowing the operator to smoothly vary the percussion rate from 0-2400 strokes per minute. One of our primary goals with the tool/head combination was to construct an assistive device for trigger point therapy that would simulate the fiber snapping/twitch response procedure, but at a higher rate than is possible with hands alone. Our original design goals have been met very successfully. As you move the head from fiber to fiber, you can notice the specific twitch responses in each fiber rippling through the muscle.

Resistance to stretch is built into human muscular physiology. The myotatic reflex is a normal response to muscle stretch, in which organs called spindles send a signal to the spinal cord and cause a reflex return of motor engagement, which causes the muscle to resist the stretch. This arrangement is necessary for safe and smooth motion. Uncontrolled stretching would be very dangerous and spasmodic. If the muscle also has taut fibers due to trigger points, another protective mechanism comes into play that increases resistance dramatically.

When a muscle containing a taut fiber is stretched, the nociceptive stream from the stretched trigger point will increase. The brain is now getting an “injury” danger signal from the periphery, and its response will have something to do with how long the situation has gone on, how upregulated it is, and consequently how likely it is to generate pain in response. Over time, sensitivity increases and in tandem, the tendency of the CNS to splint or send an engagement signal to the muscle. The more pain is produced, the more protective engagement will result, inhibiting the stretch. An extreme case of this can be seen in advanced shoulder pain patients, in which the therapist even reaching for the arm to move it can trigger painful wincing, due to Moseley’s associative pain memory model .  It’s virtually impossible to “stretch” that patient’s shoulder muscles without utilizing some neurological hacks that interfere with the usual pain response that their CNS has fallen into.

In the case of targeted fiber percussion with the Muscle Liberator™, the fiber lengthening and return to normal happens so quickly that there isn’t enough time for the nociceptive input to be processed by the CNS and rise above the threshold to be interpreted as pain. It’s a hack for teasing the taut fiber into more length before the pain response can even kick in. As Travell did with her hammer, we bring the muscle to its stretch barrier and then use the percussion to move through the barrier.

Another powerful hack provided by the vibration is neurological distraction. We'll cover that topic in depth in Part 2 of this article. 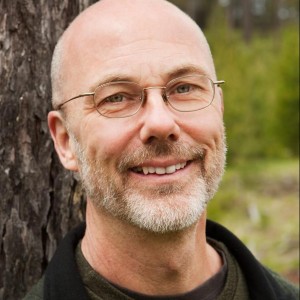